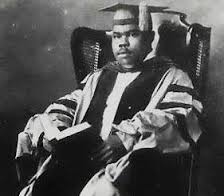 Questions About The Association

What is the UNIA?

The Universal Negro Improvement Association & African Communities’ League is a social, friendly, humanitarian, charitable, educational, institutional, constructive, spiritually governing ruling body, and is founded by persons, desiring to the utmost, to work for the general uplift of the Negro peoples of the world.

To establish a united Brotherhood among the race; to promote race pride and love; to assist the needy; to aid in the abolishment of alien control in the whole of Africa; to establish diplomatic agencies in the principle countries and cities of the world for the representation and protection of all members of the race; to build educational institutions in Africa to conduct worldwide commercial and industrial intercourse for the good of the race; to improve conditions in all African communities.

How may a Charter be secured to establish a Division of the organization in any community?

Seven or more citizens of intelligence, having the respect of the people of their community, on application, may be given a charter; provided there is no Chartered Division already existing in such community. Chapters and Branches of divisions may receive Charters to work under the auspices of the Chartered Division in any community where circumstances justify the existence of such Chapters and Branches.

How is the U.N.I.A. and A.C.L. structured and how does it operate?

In every Division, a Juvenile Branch shall be formed in which moral, spiritual, and racial instruction shall be given to members.

Is the U.N.I.A. and A.C.L. a racist Association or a Back-To-Africa Movement?

The U.N.I.A. and A.C.L. believes in the rights of all humanity. However, we believe in the purity of our race and we promote the ideals as set forth by our African ancestors.

Explain the U.N.I.A. and A.C.L.’s desire for a United States of Africa?

As U.N.I.A. and A.C.L. members, we are Garveyites. Garveyites realize that race and color play an important part in the world today. We realize that the coming into being of a powerful African nation will mean the easing of the color bar wherever African people live. The difference in the Garveyite and the African person who has “lost nothing in Africa” lies in their conception of freedom. Garveyites have been taught that freedom can only be firmly established in consecrated soil. It must be sown deep in belief in one’s self, and in one’s own ability to conquer adversity. Freedom is carved out of dreams of greatness, and a determination to turn those dreams into living realities. It is planted in a common longing to shape one’s own fate.
The non-Garveyite is seeking freedom through others. They doubt their ability to establish it for themselves. The environment in which they live has robbed them of their faith in their own powers of creative endeavor, and their own human and moral worth. Having little confidence in their own ability to create and build, they feel that their future depends on begging others for privileges and opportunities, and eventually escaping from themselves by means of amalgamation.

We believe God created all women and men equal, that he gave us all the ingredients of greatness. What one race can do, all others may accomplish. This being true, our fight for recognition and equality will fall short of the goal so long as we are content to follow the initiative of others. Such a course will always leave us a step behind, until we prove to the world, that we too, are women and men capable of doing what other men and women have done, we will always be looked upon as a little less than other women and men. Only when we too have created states, built nations, and created the governments comparable to those of the modern men and women, will we be able to erase the stigma of inferiority.

Why does the UNIA still use the word Negro in its official title?

The answer is complex and one needs to know a little about the history of the melanin dominated peoples we call African, Black, Negro, etc. According to J.A. Rogers, the forefather of Black Anthropology, “Negro” is the oldest known and most ancient name to describe our family of the human race. During Marcus Garvey’s era, Negro was indeed the name of our race that was most acceptable. Since Dr. ben Jochannan and other Black historians have given us so much insight and information on the history of Kemit and our race, we can no longer accept “NEGRO” as the sole description for us as a people. The Universal Negro Improvement Association and African Communities League is very much aware of this situation today that provides “Africans” another excuse for not joining in with the Grandfather of Black Nationalist Organizations. To drop “NEGRO” from our official title could bring legal disaster to the UNIA. European governments, particularly the U.S. government, seized millions of dollars in property and assets and still has the UNIA in a legal bind due to the frame up of Mr. Garvey. This perhaps is the main reason for not changing “NEGRO” TO “AFRICAN”. The bottom line is, until we establish ourselves a government and nation, we are still Negroes to some. We may call ourselves Blacks, Africans, African-American, Kemetian, Nubian or otherwise. It makes no difference in our eco-political status of the world as of now.

Marcus Garvey knew we have been and still are a great people. The UNIA’s use of the name African is in our title “ACL” and proves we are aware that we are an African people.